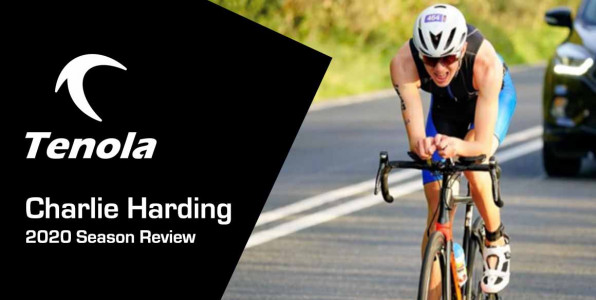 I started off my 2020 season well by qualifying for all three national cross countries. I was then building for what I hoped would be my best season yet but unfortunately due to the pandemic all the British Super Series races were cancelled.

However, later in the summer as restrictions eased, I got a small opportunity to show some of my form at the British Triathlon mini race day event where many of the highest performing athletes my age attended. I managed to get a 3rd and a 5th place and a few weeks later I backed this form up with a win at Windermere Sprint triathlon and the Epic Lakes 1mile open water race. Much of my 2020 season was filled with Time Trials on the bike where the Sleeved Tri-Suit offered me an aerodynamic advantage and I managed to PB at local 10-mile Time trials and on Manchester Velodrome.

2020 was to be my 3rd year with the North West Triathlon Academy – Early in the year we had the opportunity to train at world class facilities at Loughborough University. Unfortunately, our face-to-face training days were cancelled after this due to the virus, but we managed to get weekly strength and conditioning sessions and turbo sessions on Zoom and Zwift.

2021 is going to be one of the most important years of my life regarding education and triathlon. I have received five offers from Universities to study a sports science course which I hope will further my knowledge on how to train and race better. I would love to achieve a top 3 in Britain at one of the British Super Series races and I am hoping to represent Great Britain at Super League Jersey and other European Cup races. With the ever-changing rules and regulations, it is hard to set a goal. I have individual targets within training to keep me improving and help me stay motivated.

Tenola has been an amazing brand to work with and it’s high-quality clothing and equipment has allowed me to train and race at my very best.

ABOUT THE AUTHOR: Ian Nolan

Tenola founder and CEO Ian Nolan has a lifelong love of all things active and has competed in a variety of sports over the years involving mud, sweat and tears – the latter following various serious sporting injuries! But it was the challenge of the dual or tri-disciplines of Triathlon, testing not only fitness but endurance and skill that truly captivated him and led to an ongoing passion for the sport.  Read More >