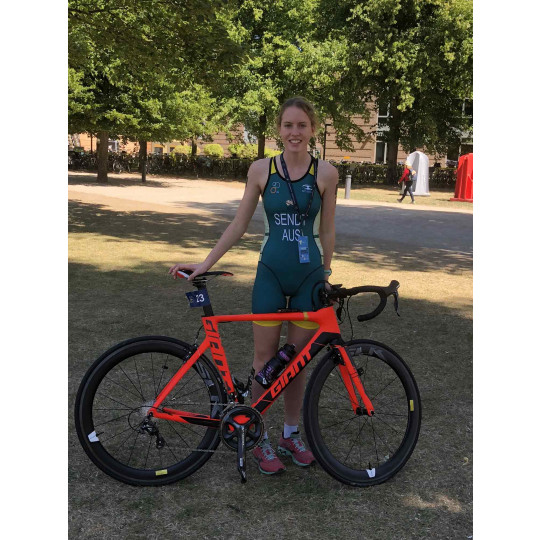 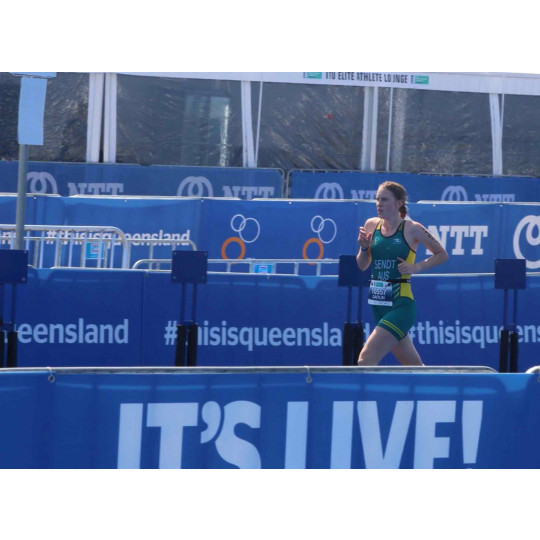 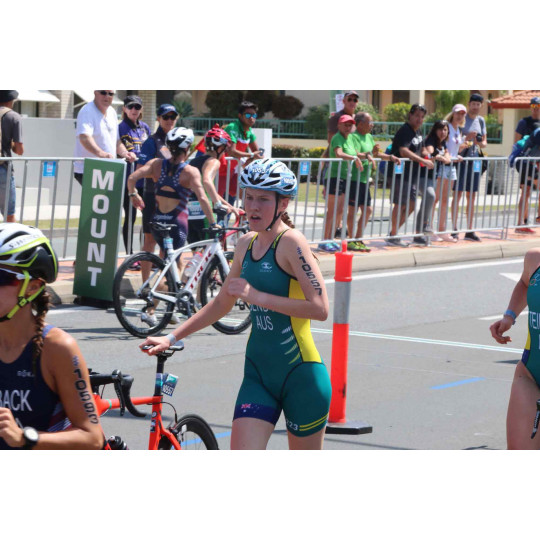 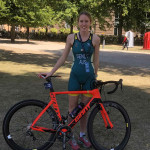 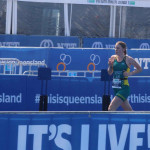 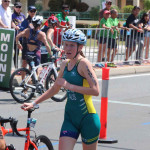 My first triathlon was in 2014 about an hour from home in Wollongong NSW Australia. I turned up with my mountain bike and felt very intimidated but excited to do my first triathlon. The race included a 300m swim, 10km bike and a 2km run. Many of the athletes had the words Australia on their tri-suit and after seeing this I was hooked, and I hoped that one day I would have the same.

The next season I applied for my regional academy of sport program (SWSAS) and was selected. I was over the moon. I travelled most weekends around my state racing in various events in order to gain experience I barely trained over that year.

The next season I applied for my state Triathlon Squad and was selected into the Talent Identification squad. This involved a number of day camps and travelling to National races where we competed as a team.

Since then I have been part of the Triathlon NSW squad every year and this year, I was selected to captain NSW at the School Sport Australia Championships where I placed 8th in Australia.

I also achieved my goal of representing Australia in two world championships in 2018 placing 8th in both of these championship events which I hope that this is the first of many opportunities to represent Australia!!

My first ever bike was a Giant TCR advanced W which I purchased off ebay. I drove 2 hours to collect it. I was so excited to have a road bike but I was a little scared of the lack of rubber hitting the ground.

How did you do in your first race?

My first race was in Wollongong, NSW. I remember feeling very overwhelmed with a number of my competitors racing in suits with their names on them. I had a solid swim considering I had not done much open water swimming before. The bike leg was difficult because I was racing on my mountain bike. I had a strong run.

What is your essential breakfast?

On race morning I will aim to eat at least 2 hours before race start and it usually consists of granola, milk and a banana. On a usual day I will either have eggs on toast or Weetbix.

Train alone or with a group?

I train with a training group called GC Multisport. I have been with this squad for around 5 years and we train together 6 sessions a week. I also do around 5 sessions a week by myself. I like training with my training group because we have a mixture of kids and adults. We are all various abilities and experience but we still push each other in training and encourage each other at races.

Where does your bike live?

Majority of my bike sessions are on a Kickr so most of the time it stays there.

The craziest place you've slept since becoming a triathlete?

A couple of years ago I was racing in an event in country NSW where the accommodation was limited and I was forced to stay in a hotel connected to the local pub. Live music played for all hours of the morning! The room was hard and musty smelling and the bed sagged in the middle. Not the best race preparation!

Pee on the bike, stop or hold until the race?

Yuck!! Hold on till the end of the race for sure.

Three people to have dinner with?

What do you carry when you train?

Aerodynamics is everything right??? I try to only pack the essentials.

I can’t think of an exact occasion but I have fair skin so I always ensure that I wear 50+ sunscreen.

Last year after the Duathlon World Championships a few of my training partners and my coach headed to Annecy, France and we rode a stage of the Tour De France. It was a 110km ride which was more than twice the distance I had ridden before and it was a very cool experience.

What theme song would you play for a movie of your life and why?

“Just keep swimming” in Finding Nemo because it is something that I need to try and work on.

Eat Thai or Chinese the night before the race, and I always start my warm up 40 minutes before race start with a light jog and some dynamic exercises. If I can I also go for a swim warm up to try and loosen the arms.

If it comes to dad jokes…. My dad wins

What are you reading?